Last Sunday during our jail service I came prepared to baptize a man who had requested baptism a few weeks before.  The jail Sergeant even personally filled up the minimalist paper cup for this Sacrament, handing it to me with a smirk across the institutional-maroon Formica booking counter.  I knew there was a good chance my supply of water would not be used as on the previous Thursday.

There was no guarantee that I would see the men from E-Pod due to the jail’s reorganization efforts.  My thirty minute time slot was already whittled down to twenty minutes due to the previous group’s late start.  As the guard ushered me back into the jail’s multipurpose room I learned that the upper tier of E-Pod was locked down due to a fight, so the chances of the baptismal candidate being in the lower tier was getting lower.  And yet I’ve been experiencing God’s amazing flexibility in working in the midst of the messiness of human contingencies, and the group that came in did includethe man wanting baptism.

We looked together at Jesus’ baptism according to Matthew 3:11-17, and I suddenly wondered why I had complicated an already short time reflection by including verses 11-12.

“As for me, I baptize you with water for repentance, but he who is coming after me is mightier than I, and I am not fit to remove his sandals; he will baptize you with the Holy Spirit and fire.  And his winnowing fork is in his hand, and he will thoroughly clear his threshing floor; and he will gather his wheat into the barn, but he will burn up the chaff with unquenchable fire.”

An inmate read John’s description that Jesus would baptize with the Holy Spirit and fire.  We discussed the verses that terrorize people about the chaff being burned with unquenchable fire while the grain is gathered into the barn.

In response to an inmate’s articulation that chaff equaled bad people that would be damned, I suggested that chaff is the protective part of a grain—and that Jesus’ baptism is about removing and destroying this self-protective part from the vulnerable and valuable kernel—us.

It encouraged the guys to see Jesus as not being about burning up people, but rather our self-protective attitudes and practices.  Seeing baptism as a surrendering to the fire of our ways of taking care of ourselves, our stress and problem-producing control mechanisms looked appealing.  After all, the men could see that this chaff had gotten them into the trouble they were in.

We then read the next verses describing Jesus’ actual baptism, how the Spirit came upon him as he came out of the purifying, chaff-removing water.  The Father’s words of total, unmerited approval appealed to these men who had a proven track record (criminal record) showing their inability to measure up.

From there I suggested that we go right into the baptism and asked the man if he still wanted to do it.  He nodded soberly, and I asked him to stand and for everyone to gather around him in a semi-circle.  At this point I decided to extend the invitation to others.  Three other men from the group wanted to be baptized, including the young gang member who was looking at life inprisonment.   All of us spoke our agreement regarding the following baptismal renunciations and affirmations in both English and Spanish.

“Do you renounce Satan and all the spiritual forces of wickedness that rebel against God?”

“Do you renounce the evil powers of this world which corrupt and destroy the creatures of God?”

“Do you renounce all sinful desires that draw you from the love of God?”

“Do you turn to Jesus Christ and accept him as your Savior?”

“Do you put your whole trust in his grace and love?”

“Do you promise to follow and obey him as your Lord?”

The guards came in just as I was dowsing the fourth man, twenty minutes into our time.  I left amazed at God’s perfect timing, grateful to be part of Jesus’ beautiful ministry. 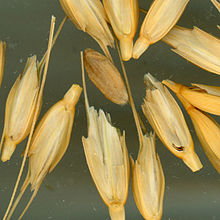