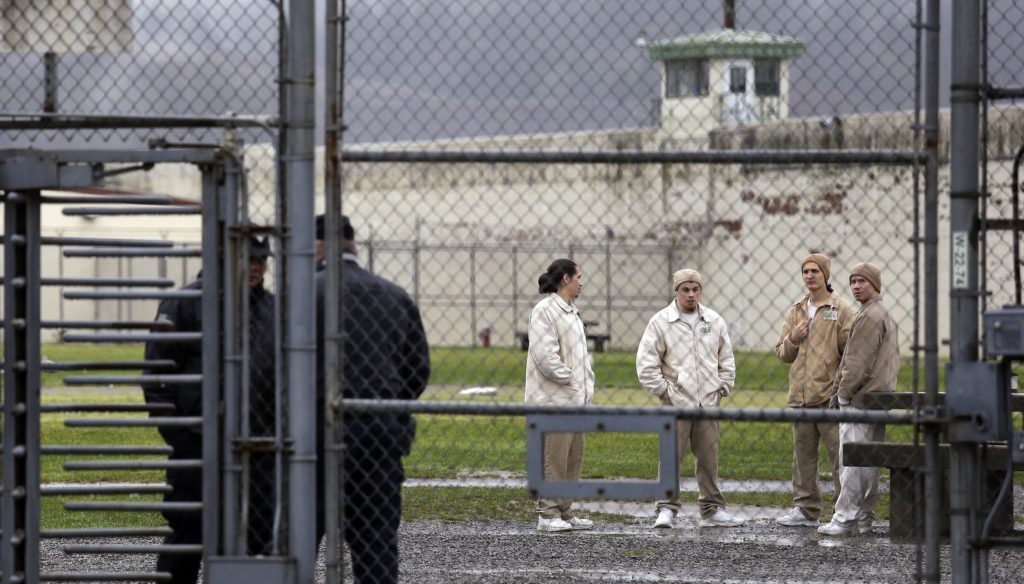 This Christmas Eve afternoon I read the story of the birth of Jesus with five Spanish-speaking men at Washington State Reformatory. After reading Luke 2:1-7 I sought ways to engage prisoners especially sad to be separated from their families over Christmas.

We notice that Joseph and Mary were forced to go to Bethlehem to comply with a “count” (census) ordered by the Roman Empire (inmates have at least two mandatory counts daily, while most of us may experience one census in our lives).  A Messiah liberator was supposed to come from this city of David, and it already intrigues the men that he’s showing up under the radar in this way.

Mary had to give birth in a barn, as all the motels were full. They must have been poor as she wrapped baby Jesus is rags and laid him in a feeding trough for a cradle. It seems to comfort the men that Joseph, Mary and baby Jesus, like them, were forced to be separated from family and friends that first Christmas—until God provided…

We talk about how there in the same region as the humble birth, an angel of the Lord suddenly stood before shepherds who were staying out watching their sheep in the fields all night. The glory of the Lord was all around them and they were terrified. But the angel told them:

“Do not be afraid; for look, I bring you good news of great joy which will be for all the people; for today in the city of David there has been born for you a Savior, who is Christ the Lord (v. 10-11).

I ask the men what they think the “for you” means, and why God sent an angel to humble shepherds to tell them about the birth of his son instead of to rich people or religious leaders.

“The shepherds were the only ones awake in the middle of the night, and were probably the only ones available and willing to go in the dark to track down a poor couple and a newborn in some stable,” says Rogelio, a Chicano man nearly twenty years into a forty-six year sentence.

We talk about the clues the angel gave, special signs for the shepherds that would help them identify the Savior Jesus:

“This will be a sign for you: you will find a baby wrapped in cloths and lying in a manger.”

The humble attire and location of the Christ child identifies him with the inmates in ways that continue, showing us the kinds of clues we should be looking for.

I ask a humble 36-year-old indigenous Guatemalan man named Vicente who is ten years into a twenty-year sentence how the angel would describe the place where he was born.

“I was born in a shack made of wood slats in a village of Huehuetenango. We slept under sheep skins,” he says.

We read how more angels show up in the fields, praising God and saying “Glory to God in the highest, and on earth peace among men with whom he is pleased.”

The men don’t understand why God was for some reason pleased with these shepherds, because they can’t see anything about them that would have qualified them to be the first witnesses of the baby Jesus- Savior King. Everyone is in agreement though, that God was eager to share his joy at the birth of his son, and the shepherds were keeping watch, available and chosen– to celebrate Christmas with them.

I ask the men if any of them had ever seen an angel. The first two men say they haven’t.

“I have!” says Vicente, with confidence that gets everyone’s attention.

“Two times!” he emphasizes, lifting his hand and showing us two fingers.

He goes on to share how earlier in the year he was dying of leukemia and was taken by a prison guard to a big hospital in Seattle. As he lay there he was suddenly enveloped in a bright light and heard a voice say: “No, it’s not his time yet.”

Then an angel went to my feet and another to my head. The one by my head said: “We’re not going to take you. You will be healed.”

He awoke and was well enough to return to prison, but then the leukemia flared up again and he was hospitalized in the prison. For three months he had been suffering from a terrible, constant headache. He was asleep when the same two angles appeared to him again in a dream, one at his feet and another at his head. The angel at his head put a hand on his head and told him he was healed. When he awoke his headache was gone. Blood tests now show there is no sign of leukemia.

Rogelio points out how Vicente’s photos on his inmate ID badge shows a pale, emaciated face that contrasts with his dark, healthy face now. We all stop for a moment to look at his badge and him and he grins with contentment.

Vicente’s face shines as he tells the group how he became a believer in Jesus while in solitary confinement five years before.

“When I was in the hole I heard testimonies of guys from other prisons who had killed people, were doing 60 years, heads of gangs. But God touched them. Now they are not gang members. Now they are not about beating people up. Now they are soldiers of God. I got on my knees and I prayed. I was at Coyote Ridge Prison. It was 2012.”

We read the final verse: “The shepherds went back, glorifying and praising God for all that they had heard and seen, just as had been told them.”

Jesus’ first witnesses are humble shepherds working graveyard shifts. Now they include people like Vicente, prisoners in solitary confinement and many others whose stories are yet to be heard—yours and mine included. May we find ourselves watching and waiting for good tidings of great joy for all people. 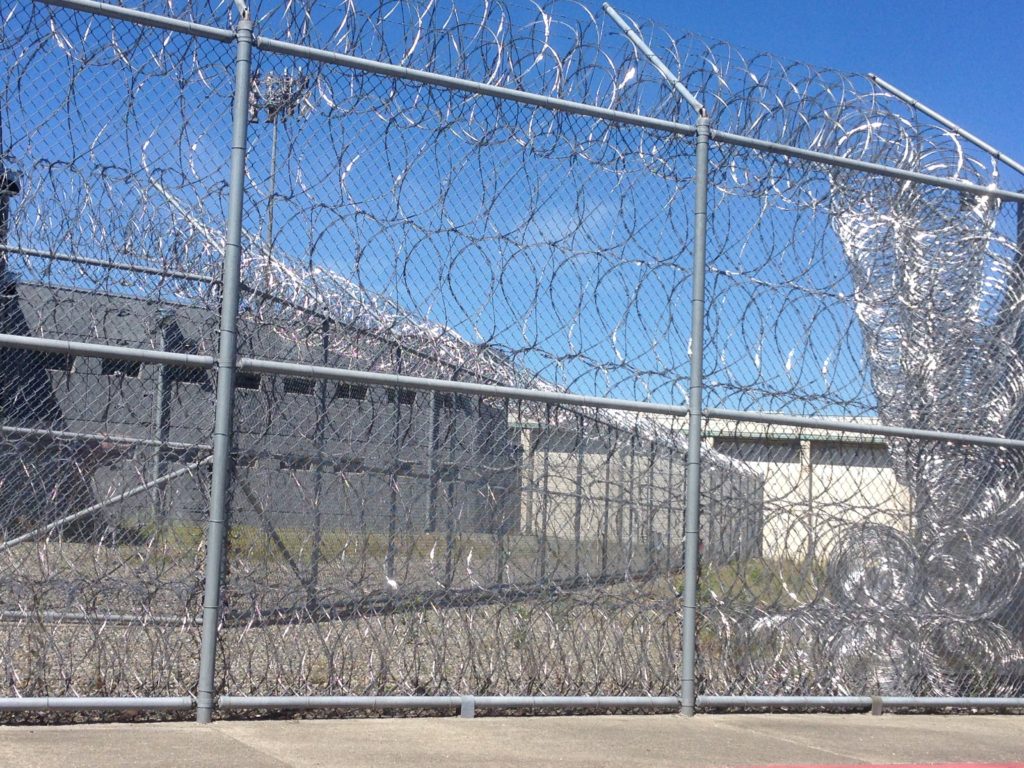