The story of Philip’s encounter with the Ethiopian eunuch in Acts 8 has always inspired me—making me long for such adventures. Philip is attentive and flexible- wholly given over to Jesus’ movement. His availability to go out on missions is contagious, and Gracie and I are enlisted. May this contagion pass on to you, inspiring you to new ventures.

Philip is first mentioned in Acts 6:5 as second on a list of seven deacons recruited by the first believers to serve Greek-speaking widows who had been overlooked as food was distributed at the early church’s equivalent of a food bank.

After the apostles commissioned these seven, the first man on the list, Steven is propelled into an unexpected vocation. “Full of grace and power,” he answers with great wisdom those who oppose him. He preaches a detailed apologetic from the Scriptures that prophetically challenged his audience to embrace Jesus. His enraged Jewish audience consequently stones him to death.

An ensuing wave of persecution causes Christians in Jerusalem to scatter. Philip, next on the deacon list, goes to Samaria, proclaiming Christ with powerful results. Many are delivered of unclean spirits and many paralyzed and lame are healed. On his way back to Jerusalem an angel speaks to Philip, telling him to go to a desert road heading to Gaza.

There he encounters an Ethiopian eunuch who is reading the book of Isaiah in his chariot. The Spirit tells him to join the chariot and he runs to offer his assistance in interpreting the Scriptures, preaching Jesus to him. The Ethiopian man believes and is baptized, becoming the first known African Christian. Philip is then transported by the Spirit to the town of Azotus, where he continues his preaching all the way to Caesarea.

Over the past few years I’ve had my own series of encounters with Ethiopians, from meetings in Paris with people who’d just been trafficked from Libya, to visits with immigrants and a deacon of an Ethiopian Orthodox church in a refugee camp in Calais, France. This exposure to Ethiopians and to immigrants and refugees fleeing war and persecution in Iraq, Iran, Afghanistan, Kurdistan, Eritrea, Somalia, South Sudan, and Yemen contributed to my prayer two years ago this month. Then I deliberately offered myself to God anew to provide training to leaders in poorer countries with minimal access to education.

Within two weeks I received seemingly random invites to train leaders in Kenya, Zimbabwe, Tanzania, and Siberia, most of which we have already pursued. During this same two-week period I accidentally locked my keys in my car on the last day of a course on prophetic ministry at The Seattle School of Theology and Psychology. After calling the roadside service, AAA, I began teaching my class, and soon received a call from the tow-truck operator who had arrived to unlock my car.

An African man met me at the door of the school, introducing himself as Yared. He surprised me by immediately asking me what I teach at The Seattle School. I told him I teach Biblical studies classes.

“Why do you ask?” I said. “Are you a Christian?” “Yes,” he said. “I’m a worship leader for an Ethiopian congregation here in Seattle.”

I then told him that my real passion is to offer hands-on equipping of pastors and leaders in poorer countries through our Certificate in Transformational Ministry at the Margins. I briefly told him how our course combines skills in interpreting the Bible and facilitating relevant theological reflection, exercising the gifts of the Spirit, prophetic response to social justice issues and Christian identity in places rife with nationalism and tribalism.

“In Ethiopia there is real need for such training! He exclaimed excitedly—and I have connections with people back in my country who could benefit greatly!” He asked me to wait while he ran to his tow truck to get me his business card.

“Next time you come to Seattle I will take you out for Ethiopian food and we will talk more about training leaders in Ethiopia,” he said.

When I returned to my class and told my students what had happened, one of them asked me why I hadn’t invited Yared to come and share with our class. So I texted him immediately to see if by chance he was available to speak to my class. He said he had a few minutes to share. For over an hour he told us about his life in Ethiopia, his departure and move to Seattle, his roadside business, and passion to combine practical service to people in need with sharing his faith in Christ. My students were totally inspired and we asked him to pray for us.

Yared and I met several times for meals and coffee. Earlier this year he introduced me to an Ethiopian Bishop of a Pentecostal denomination who is now based in Seattle. We met Bishop Fecadu in a café in North Seattle frequented by many Ethiopian immigrants. He told us about the network of leaders that he oversees in Ethiopia- evangelists, elders and pastors that serve impoverished rural and urban communities. I was struck by his heart of compassion and longing to see his leaders more fully equipped and encouraged. I shared with him about our training program, and he invited us to offer our first module of our CTMM in October during his visit to oversee his churches.

There’s a lot of logistics involved in offering our training to African pastors. Bishop Fecadu explained how his pastors are poor subsistence farmers from all over the country. They would need their travel, food and lodging covered, and he and we would need to cover our travel and other costs. In addition, we would need an interpreter and our English training manuals would need to be translated into both Oromo and Amharic.

Gracie and I didn’t have money for this, like all our mission trips, but we prayed for provision to cover our travel costs, pursued the translation of our materials, and began making plans. An old friend who teaches at the Mennonite seminary in Fresno connected me with people he knew in Ethiopia who agreed to translate our manual into Oromo and Amharic. One of these men, Teferi offered to be our interpreter free of charge. A few people offered to contribute towards our travel expenses and the trip became a reality.

The last week of October over a hundred leaders gathered for four days in Bishoftu, a small city in central Ethiopia. We were able to share our teaching to pastors and leaders who were hungry for training in the Scriptures and passionate worshippers. Most of the participants slept on rented mattresses on the floor of the big room where we gathered. Bishop Fekadu’s Ethiopian family organized all the meals, which were cooked in massive pots over the fire in the rustic courtyard—with only a small sink for washing all the dishes. We enjoyed injera (large fermented bread crepes made of teff, a fine ancient grain of Ethiopia) with a spicy meat sauce and vegetables for every meal. Our hosts served delicious traditional Ethiopian coffee three times a day to all 100 plus participants!

Ethiopia is currently in the midst of a political crisis fueled by ethnic divisions that threaten to plunge the country into civil war. We could see that our teaching on Christian identify versus tribal and national allegiance is a timely word. Please pray for Ethiopia, and for Christians to be wise and prophetic in these dangerous times.

As usual Gracie and I were deeply blessed by the people, whose deep spirituality was evident in their vibrant worship, joy and active practice of the spiritual gifts. On several occasions people approaches us to share dreams and impressions they said they’d received from God for us—which were accurate, relevant and deeply encouraging. We were moved by people’s familiarity with Scripture, thoughtful questions and deep trust in God for health, provision and direction. We return home with hearts full of joy to be part of an adventure of faith in alignment with Philip—our first connection to Ethiopia. 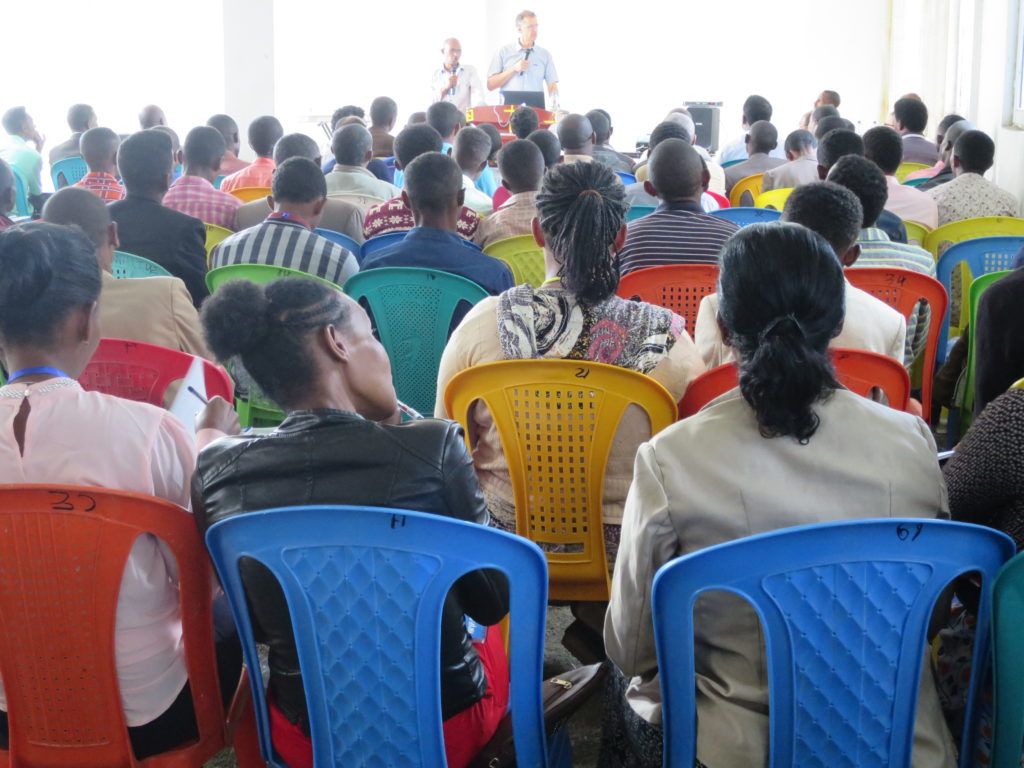 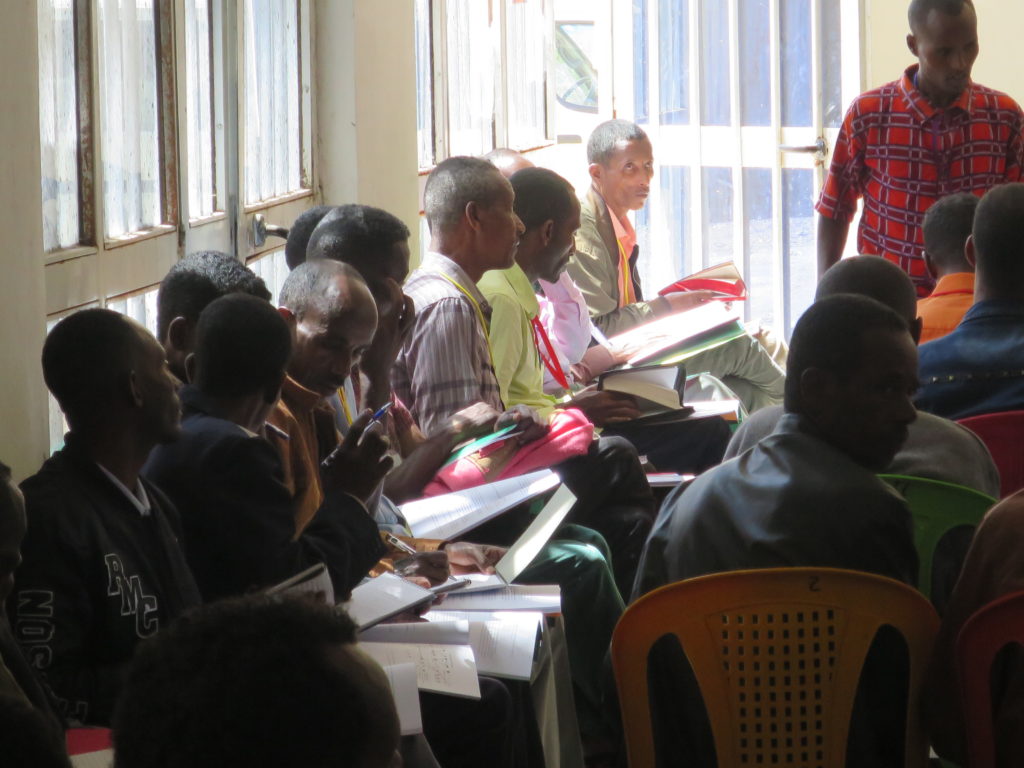 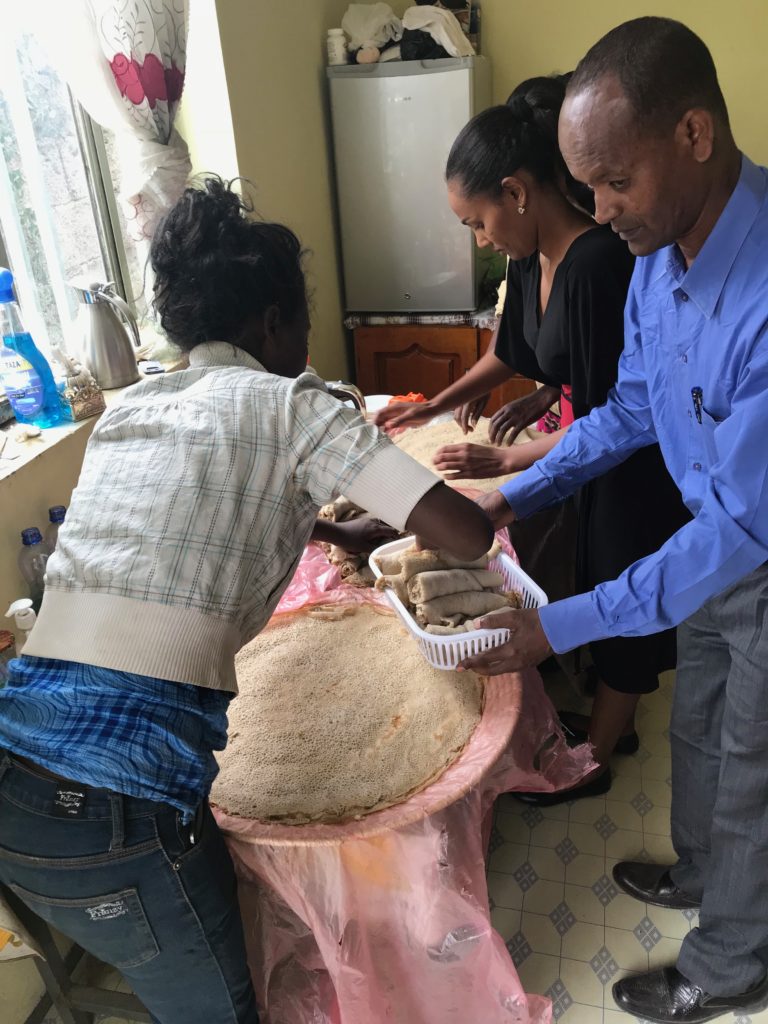