I just returned from a ten-day trip to France and the UK that was marked by a number of divinely-orchestrated encounters.  When I have a significant meeting with someone in out-of-the-ordinary circumstances, my faith and expectation increase, and I long to see and enter Jesus’ Kingdom more regularly.  I cannot resist sharing a few of these meetings with you.

Last week I flew from Vancouver to France to speak at a conference near Valence in the Rhone Valley.  I had been invited by the leaders of a French prayer movement called “Union de Prière” (Prayer Union) to speak to 150 of their members at their annual retreat, which this year was on resistance and submission.

I had also planned to introduce the French version of my course on missions to anyone interested in starting a pilot course in their church.  The conference provided a perfect occasion to connect with many leaders throughout French-speaking Europe.

The location was a three-story stone retreat center in the beautiful little town of Charmes, located on the Eastern foothills of the remote mountainous area known as the Cevennes or “desert,” (wilderness) where French protestant “Huguenots” had found refuge from persecution.

On the fourth day I had planned to visit Daniel Bourguet, a Protestant monk who directed my doctoral thesis and has been an important spiritual mentor since 1989 (photo below).  Gracie and I have been members of “Les Veilleurs,” a spiritual community committed to contemplative prayer led by Daniel for many years.   A friend drove me 3-4 hours to “Les Abeilleres”- a retreat center in the Southern part of the Cevennes region near Montpellier where many come for retreats and spiritual direction with Daniel Bourguet.

It was great to catch up and to pray with Daniel, to give him my mission recordings, and receive his latest book.  When our time was up he accompanied me down the path from his hermitage towards the retreat center.  When we reached a bench where Daniel’s next visitor was waiting I said goodbye, and we drove the 3-4 hours back to Charmes.

The next day was the final morning of the conference, after which a man drove me to the train station in Valence.  We conversed about his rapport with his father, who he consequently felt led to more fully forgive and bless. The Spirit came very strongly and we ended up praying together right up to the last moment before the train came.

I entered the train station, found the right platform but didn’t have time to have my ticket stamped before boarding—a requirement on French trains.  After settling into a second class seating area filled with young people, I got up to look for the conductor.

I made my way to the second floor of the train and eventually located the man who checked tickets, apologized and explained that I hadn’t been able to stamp my ticket before getting on.  “Bob,” he said, “someone who travels as much as you do should be traveling first class!”

It took a while for his statement to register as I didn’t recognize this man at all and couldn’t imagine how he could know my name or anything about me.  Amused at my confusion he explained:

“I was the man sitting on the bench yesterday, waiting to see Daniel Bourguet at Les Abeilleres after you visited with him,” he said.  “Let’s go to your seat and get your bags, I have a seat for you in First Class.”

I could not believe what was happening to me, and he too was quite surprised.   There are many trains that stop at Valence every day, but very few that stop at CDG airport as mine did.  He said he knew my name because the retreat hostess had told him that Daniel was with “Bob.”  If I hadn’t failed to stamp my ticket I would have never gone up to the second floor where we met.

After finishing checking people’s tickets he, Frédéric, brought me tea and pound cake and we talked for nearly two hours about God, contemplative prayer, and about “Les Veilleurs,” of which he was also a member.  I was inspired by his active pursuit of God and intercession as he traveled.  It turned out he was especially interested in my mission course and said he was from a 250-member charismatic evangelical church in Montpellier that has a strong interest in mission..  I had one last copy of my video recorded lectures that he was happy to accept.

I continue to ponder what the Spirit is doing in connecting me with this contemplative train conductor.  Nine years ago while staying at the Union de Prière retreat center in Charmes I had dreamed of a fire mounting from the Eastern Cevennes (Charmes) and from the South (Les Abeilleres) consuming the symbolic heartland of French Protestantism.

Back then I had also traveled to visit Daniel Bourguet as I did last week.  The Holy Spirit does appear to be actively involved in  linking people and movements for prayer and also for mission– in this case to bring renewal to France. 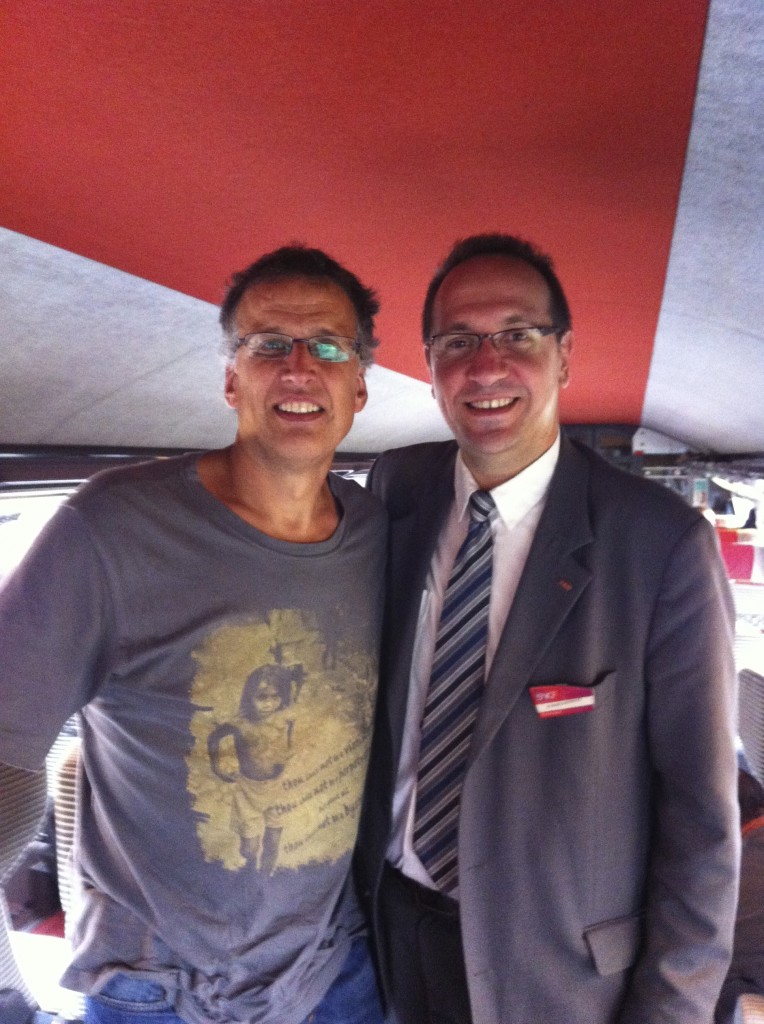 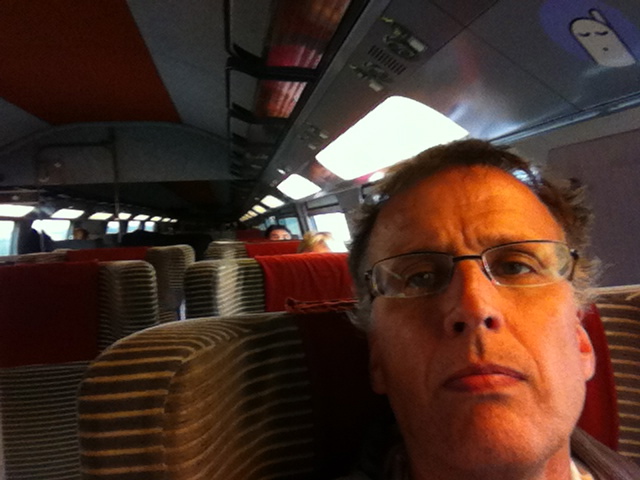