Last Thursday night I went to the jail prepared to baptize a man from E-Pod, but apparently God had other ideas.  The jail guards surprisingly ushered in inmates from B-Pod, a group of men who hadn’t been allowed to attend our services for over three weeks.

The fifteen or so men were eager to talk about Romans 1:18-20 (see my last update).  Since they had been kept from regular gatherings due to reshuffling in the jail they were particularly open and we had a rich discussion.  When the guards didn’t come after the usual thirty minutes I invited the men to receive more of the Holy Spirit in a way I thought they would like.  Since I knew they had been deprived both physically and spiritually I suggested that we try drinking in the Spirit through an imaginary exercise that I rarely do.

I suggested that we imagine that we are each holding a forty ounce can of malt liquor which we were going to chug (the fastest and cheapest way on the street to get an alcohol buzz).  I told them that I was going to pray over our imaginary cans, that the Holy Spirit would fill them so we could drink God’s Spirit right down into our beings.  The guys were humored and excited as we lifted our cans before us, popping the tabs to open them, asking the Spirit to come and then “one, two, three,” chugged them down.  We laughed together for a while and then I told them a story about when I had first done this drinking activity with inmates about eight years before.

I told them how after I and the four inmates had received the spirit in this way the man to my right had began to cry, the man beside him was filled with joy, and I got the word “father wound.”   As I told the story I pointed in the direction of about ten o’clock in our large circle of men, recalling how right there, eight years ago, one of the four had stood up, saying he was sure this father wound word applied to him.

He had then pulled up his shirt to show us seven stab wounds his stomach.  He went on to recount how his father had beaten him severely when he was a kid and that he had felt so badly about himself that three months before he had stabbed himself seven times in the stomach and had nearly died from the wounds—continuing to feel severe stomach pain.

At that point I told the group how I had explained to this man the importance of expressing the pain we have from our fathers and mothers sinning against us, and then to drop our judgments rather than harbor bitterness.  I pointed over to where the man had been sitting who had stabbed himself, remembering it like it was yesterday, recalling how he had chosen to forgive his father and consequently been healed.

As I was finishing the story one of the men I had been pointing towards surprised us all by saying that this man I was telling about was his brother!  He told how in fact their father had exercised a lot of physical and emotional violence against them when they were growing up, and how his older brother had done prison sentence after prison sentence.

Realizing that I now needed to continue focusing on forgiving our fathers, we moved into a discussion about how when we don’t forgive those who have sinned against us we are likely to behave in similar ways.  At this point one of the men who had continued reading on his own after Romans 1:18-20 said: “Hey, right here it says exactly that:

“Therefore you have no excuse, everyone of you who passes judgment, for in that which you judge another, you condemn yourself; for you who judge practice the same things… Or do you think lightly of the riches of his kindness and tolerance and patience, not knowing that the kindness of God leads you to repentance” (Romans 2:1-4).

A man to my left spoke up: “I don’t know if I can do that.  I am totally full of bitterness toward my old man.  Is this something you can just do, or does it sometimes take a long time?” he asked.

I assured him that it can take a long time when we’ve been seriously sinned against, and I reminded everyone of Jesus’ call to forgive seventy times seven (Matt 18:22).  A huge guy who worked as a logger to my right stood up and told how this would be hard for him too:

“My dad shot and killed my mom when I was one year old.  He didn’t just shoot her once but four times.  I’ve been bitter against him ever since I learned it from my adoptive parents,” he said.

Just then the guards popped the doors and I said goodbye to the men, encouraging them to let the Spirit guide them regarding who and how they need to forgive.   I left amazed at how the Holy Spirit was so present to seemingly guide the guards choice of pods and the following words, Scriptures, example and even the gestures of our gathering.  I left interceding for these men, who like most offenders have been seriously sinned against themselves and are in need of big doses of mercy and love. 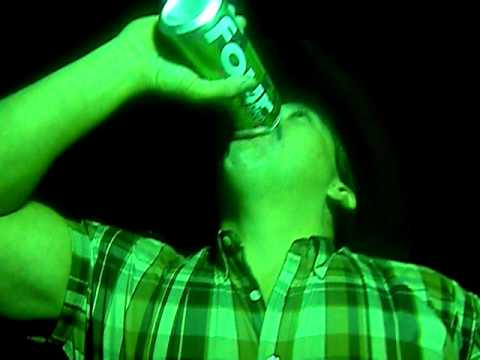