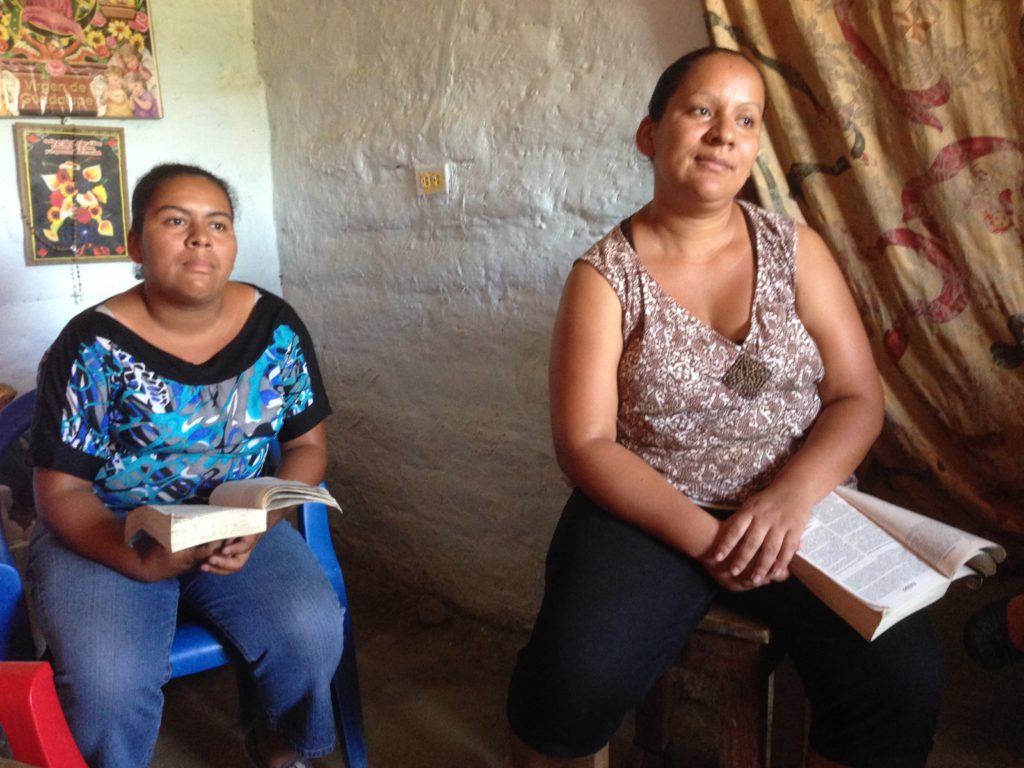 Tierra Nueva’s (TN) focus both in Honduras and in the Skagit Valley is reaching people marginalized from society and church, the “lost sheep” of Jesus’ parable in Luke 15 as priority over the 99 already gathered ones. And yet we are seeing that safe, welcoming and nurturing “sheep pens” are essential—places to carry the ones found where they can be embraced, cared for, healed and empowered.

On a recent trip to Honduras I accompanied TN’s pastor David to villages and homes that he visits, and to our coffee farm that funds the ministry, supplying coffee to our Underground Coffee Project here, whose profits support ministry workers.

For years now David has focused on households as sheep pens, identifying “people of peace” as Jesus directed in Luke 10. We call these “households in transformation”, whose hosts welcome Jesus’ sent ones— offering hospitality, receiving prayer for healing and the message shared about Jesus’ transforming love.

David regularly visits a number of families, and is actively building community in places marked by extreme poverty and exclusion. I joined David to visit these households and to inaugurate a larger sheep-pen church in the town of Mal Paso. One afternoon we hiked up dirt roads that turned to trails to visit several homes on the edge of town that each included single mothers with children.

In the first home I met Antonia and her ten-year old daughter Vero (pictured below). Three or four other women, a handful of children and an older man named Juan Baptista were also gathered to meet us for coffee, a Bible study and prayer. The people shared challenges revealing how entrapped the poor can feel by local laws set up to protect the fragile environment.

Strictly-enforced rules govern the cutting of firewood to protect the forests as the majority of people cook over wood-fueled earthen stoves. Forest conserving efforts are urgent due to the southern pine bark beetle plague, which in the past year has ravaged half the pine forests in the country in what experts call an ecological catastrophe attributed to climate change. If someone’s rafters are termite-infested and ready to collapse, people are required to pay the mayor’s office per linear-foot for a two-day permit. This fee is nearly impossible to pay for the poor majority—like Antonia, who works from 6am-1:30pm six days a week as a maid for a wealthier family, earning 1,500 Lempiras per month—that’s only $66.00! A day-wage earner makes $5.50 a day—and the cost of living is high.

Making your own adobe blocks to build a house is only possible during the dry season. However, the mayor’s office prohibits the use of water for making adobes so there will be enough water to meet the villagers’ even more basic needs. Consequently, Antonia and her neighbors must hike down to the river below town and haul sewage-contaminated water in buckets up the hill to make adobes. Antonia’s husband had left for the USA to work right before Vero’s birth ten years before and they haven’t heard from him since. So Antonia, like many of her neighbors, must fend for herself.

The Biblical text that came to mind to read with the people was the depiction of Pharaoh’s attempt to destroy Israelite baby boys and the women’s covert resistance in Exodus 1-2:10. I heard story after story of Honduran equivalents of Pharaoh’s death campaigns: assassinations, kidnappings, and men and women leaving the harsh conditions of Honduras and their families for “los caminos” (the roads taken by undocumented immigrants to North America).

Exodus begins with good news from the start, as we first read about the people of Israel’s exponential Spirit-infused multiplication in the aftermath of the death of Jacob and his sons in Egypt, and Pharaoh’s enslavement and increasingly harsh treatment of the people– though multiplication means more mouths to feed.

The Honduran women and kids seemed intrigued by the Hebrew midwives Shiphra and Puah’s refusal to obey Pharaoh’s orders to kill Hebrew baby boys. Everyone laughed at the midwives outright lie to Pharaoh and crafty use of Egyptian prejudices to cover up their law breaking. “Because the Hebrew women are not as the Egyptian women; for they are vigorous and give birth before the midwife can get to them.” Everyone seemed surprised and even delighted that God blessed the midwives with families for their non-cooperation and deception.

We read the story of how Pharaoh commands all Israelite baby boys to be throw into the Nile River, about Moses’ birth, his mother seeing his beauty, hiding him, and sending him downriver in a basket– with Moses’ sister following to spy out the outcome and figure out a scheme to somehow interfere to save his life.

God is not on the side of the powers of death as some might think who see God as all-powerful sovereign. God is 100% about the preservation of life, saving the most vulnerable, threatened people. God works through the weak and unsuspecting even as they use crafty and even outright deceptive and illegal means and blesses them for their resistance. So God wouldn’t punish them should they sneak some water for adobes or a fallen pine tree for a rafter.

People’s faces were shining as we sat around with our bibles, pondering women’s resistance triggered by simple observation and compassion. Suddenly I saw a link I had never noticed between the seeing-inspired resistance of Moses’ mother, sister and Pharaoh’s daughter and Jesus himself. I invited people to read Matthew 9:26-38.

“Seeing the people, He felt compassion for them, because they were distressed and dispirited like sheep without a shepherd. Then He said to His disciples, “The harvest is plentiful, but the workers are few. “Therefore beseech the Lord of the harvest to send out workers into His harvest.”

As Antonia read this verse with her neighbors there on the hillside, Jesus’ caring gaze as the Good Shepherd suddenly felt irresistible. I asked the people if there were feeling drawn to Jesus, who sees us and has compassion on us and wants to recruit shepherds to go out to seek and find.

The women, kids, and Juan Baptista all wanted to pray with David and I to accept Jesus and surrender our lives to him. They all wanted to be part of his mission to save lives like the women in Exodus, and to find distressed and dispirited sheep for his harvest. I saw some of the kids with their palms out as we continued to pray for those who wanted to receive the Holy Spirit.

At this point we asked if anyone had any special needs for prayer. Antonia mentioned that her daughter Vero had skipped school that day because she didn’t want to miss being prayed for. Vero had lost much of the eyesight in her left eye and had lost ten pounds over the past few weeks. David and I prayed for Vero and she cried gently, telling us later that she felt deeply touched by God.

The next day we traveled to the town of Mal Paso and gathered with sixty or so villagers to inaugurate our first actual Tierra Nueva church building in Honduras. Every other week Antonia, Vero and their neighbors pile into the back of the TN pickup and travel the 40 minutes to Mal Paso to gather with others like themselves in the larger sheep pen. Just a week before David opened the new church building to host a service for an especially marginalized participant in our faith community there who died of AIDS—something that he says would never happen in local churches.

Please keep David and Tierra Nueva’s ministry in Honduras in your prayers. I have just learned that Vero’s blood tests show Leukemia. So please join us in praying for her full healing. To learn more about Tierra Nueva Honduras, click here. To support click here.

Tierra Nueva’s The People’s Seminary is offering year-long Certificates in Transformational Ministry at the Margins beginning in the Fall in London, Glasgow and Burlington, Washington. Click on the locations for more information and applications. 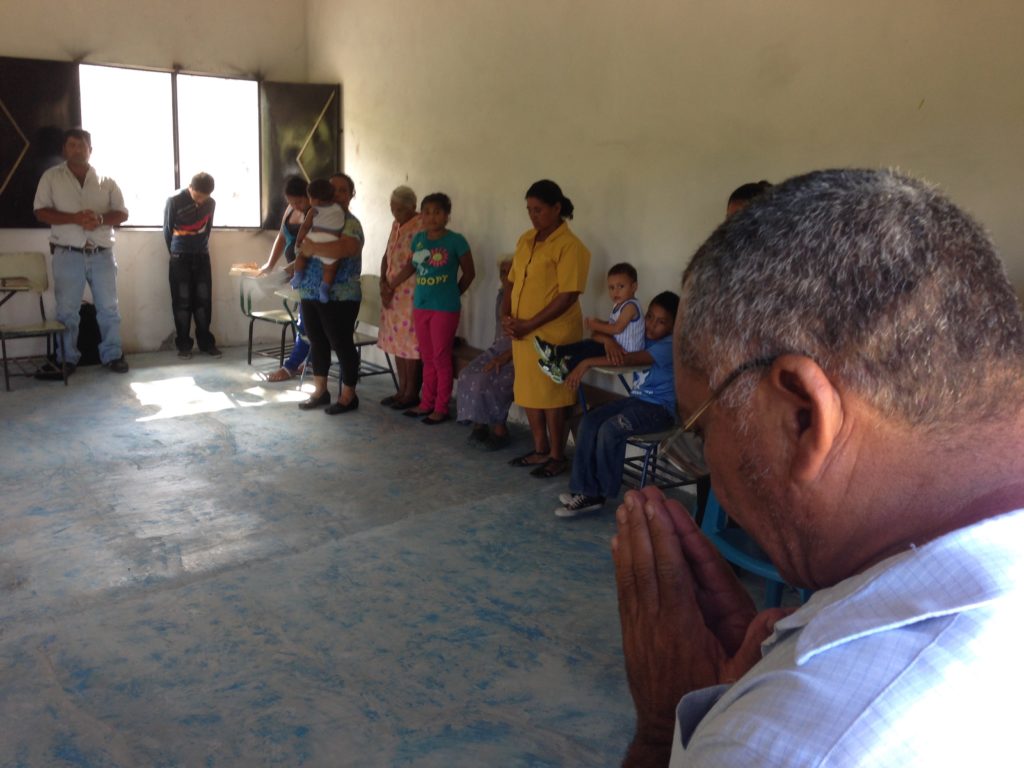 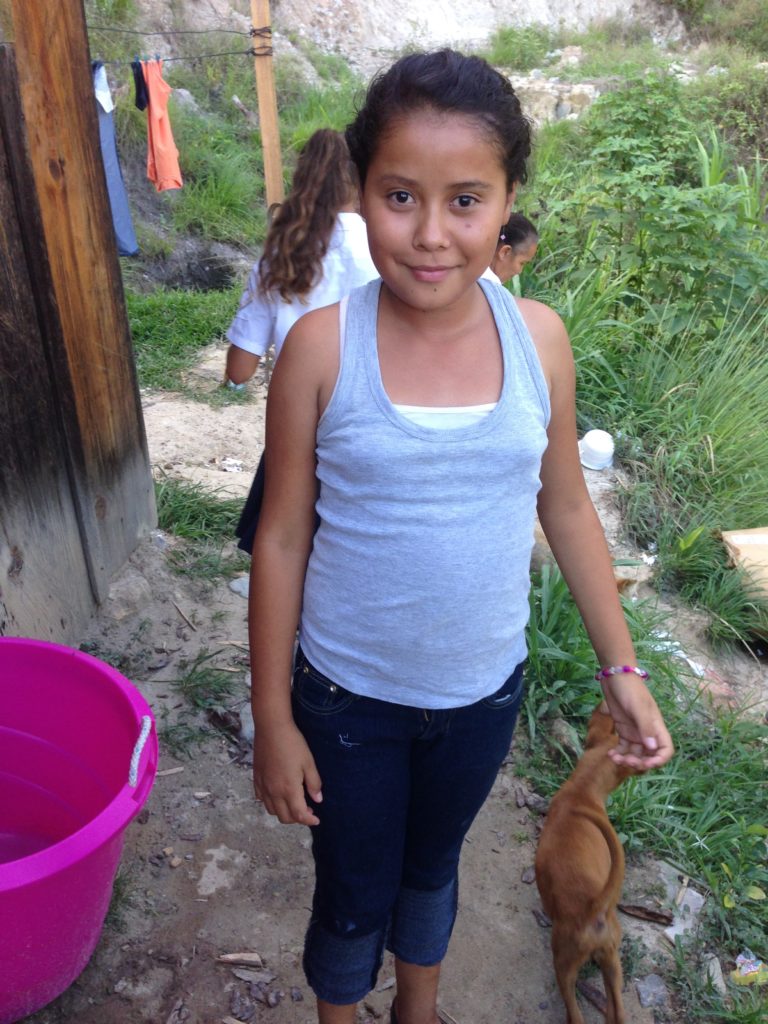