This week in Abbotsford, BC I shared on the topic of healing rejection with a group of 150 Korean Canadian and Korean young people working with Love Corps.  They were preparing to spend two weeks ministering in smaller groups to First Nations people on thirteen different reservations in British Columbia.

Many First Nations people, like the inmates, gang members, addicts and undocumented immigrant workers Tierra Nueva serves, have suffered deeply from rejection.   Embracing Jesus as the embodiment of God himself as the Rejected One helps us accept today’s rejected ones and receive healing for our own rejection wounds.

There are a number of biblical texts that associate people’s embracing of society’s rejected ones as synonymous with receiving Jesus.  In Matthew 25:40 Jesus states to those who cared for the hungry, thirsty, stranger, naked, sick or imprisoned “to the extent that you did it to one of these brothers of mine, even the least of them, you did it to Me.” Mother Theresa’s Sisters of Charity and Jean Vanier’s L’Arche communities have inspired Gracie and I to anticipate experiencing God’s Presence in encounters with the rejected.

I have been painfully aware how Jesus himself is so often rejected today, and shared this recently with inmates and with our Tierra Nueva church.  I asked people if they had themselves experienced rejection, and what that was like.  Many inmates and people in our congregation looked down, expressing feelings of hurt, shame and anger.  I then shared about Jesus’ rejection today and in his own day in ways that made Jesus feel closer and more like them.

I recounted how while in Israel in March I became aware of the Hebrew acronym used by many Jews, “Yeshu”– meaning ‘may his name be erased.’   Muslims themselves reject as blasphemous Jesus’ claims to be God, or any title such as “Son of God” or “the One of reveals the Father.”  In mainstream circles in Europe and North America I run into many who express outright distain for Jesus and his followers.

While preaching at an outdoor worship service in a park in Paris last month a group of young men burned a New Testament, and tried to disconnect our sound system and throw water on us.  In my sermon that very day I was speaking on how Jesus was rejected in his day, which should alert us to expect this now too.

In John 1 the Word who is God, the life and the light of all humanity, is described as not recognized by the world and not received by Jesus’ own people (John 1:9-11).  Isaiah 53’s depiction of the suffering servant is cited as being fulfilled in Jesus’ rejection and martyrdom.

“He has no stately form or majesty that we should look upon him, nor appearance that we should be attracted to him. He was despised and forsaken of men, a man of sorrows, and acquainted with grief; and like one from whom men hide their face, he was despised, and we did not esteem Him” (Isa 53:3).

People’s rejecting of Jesus should alert us to his special importance. Peter invites us to welcome and highly value this rejected one.  “Coming to Him as to a living stone, rejected by men, but choice and precious in the sight of God… Behold I lay in Zion a choice stone, a precious corner stone, and the one who believes in him shall not be disappointed”  (1 Peter 2:4-6).

As we receive this rejected one and believe in his name, we will not be disappointed.  Rather, God gives us the authority to become children of God (John 1:12).  Receiving the Rejected One, Jesus, results in an experience of our spiritual birth and adoption into God’s family as we are “born not of blood, nor of the will of the flesh, nor of the will of man, but of God” (John 1:13).

I shared with the Korean youth how showing God’s love and acceptance to society’s rejected is more effective if we first come to Jesus for healing of our own rejection wounds.   This Tuesday night the Holy Spirit powerfully touched many young people who had suffered rejection, bringing comfort and encouragement to many who were crying.   On Wednesday night it seemed most everyone came forward after the service to receive their acceptance and empowerment by the Spirit for ministry—which began the next day on the reservations.

In Hebrew’s 11:13 believers are urged to join Jesus in his outcast status: “let us go out to Him outside the camp, bearing His reproach.”  Attaching ourselves to Jesus in his rejection places us amidst today’s excluded as their friends.

Join us at Tierra Nueva as we seek to draw close to Jesus the rejected one.  You will find new energy and spiritual authority to fully embrace and accompany the precious rejected ones you encounter “outside the camp.”

Check out our free online kingdom theology course:  My colleagues at Westminster Theological Centre in the UK and I welcome your participation in a course “Living the Christian Story.”  Register here: http://www.wtctheology.org.uk/theology-without-walls 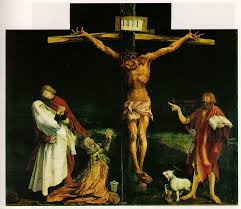