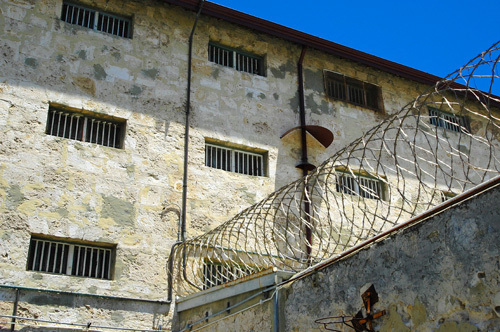 Descriptions of God as a shepherd who looks for, finds and brings home lost sheep have always caught my attention, inspiring me in my calling to seek and find the forsaken. My own journey has taken me from suburban Seattle to rural Honduras and back to a jail and prison in Washington State and beyond— including a recent visit to a Scottish prison in Perth.

As a lonely teenager I remember longing for some wise and caring person to find me, even accidentally. I prayed seemingly in vain that someone would see me, notice my pain and reach out tenderly to me in my isolation, so I wouldn’t have to risk further shame of taking the initiative in making my need known. My own perception that I was not sought out or found while growing up inside the church underlies my own calling to seek and find the not yet reached—and recruit and equip others to do the same.

I have always been moved by the prophet Ezekiel 34:1-10’s critique of Israel’s shepherds, who refused to feed, strengthen, heal, bind up, bring back or seek after lost sheep. I love that God commits to doing this himself when humans don’t.

“I myself will search for my sheep and seek them out. As a shepherd cares for his herd in the day when he is among his scattered sheep, so I will care for my sheep and will deliver them from all the places to which they were scattered on a cloudy and gloomy day” (Ezek 34:11-12).

I myself experienced God’s unmediated search and rescue when half way up the Salathe Wall on El Capitan in Yosemite as an 18-year-old rock climber. There, on an exposed ledge amidst a lightening then snow storm, I cried out for salvation and experienced peace and a seemingly miraculous eventual descent. And yet Jesus’ life shows us God’s preference for mediated seeking and finding—which we are all called to emulate.

Jesus embodied God’s pursuit of the lost, the strays, rejected, and law-breakers. In another favorite text Jesus describes himself as leaving the 99 sheep in the open pasture to seek until he finds the one that is lost (Luke 15:4). Jesus describes his access to sheep using language that resonates in prison contexts. “To him the doorkeeper opens, and the sheep hear his voice, and he calls his own sheep by name and leads them out” (John 10:3). Jesus describes himself as the “good shepherd” who lays down his life for his sheep.

“I know my own and my own know me,” says Jesus (John 10:14. “They will hear my voice,” says Jesus confidently (John 10:16). But how exactly does this work should we desire to join Jesus in his shepherding ministry?

Uniting ourselves to Jesus by faith is the first step, along with deliberate surrender to the Holy Spirit. A personal tie to Jesus the Good Shepherd gives us access to his Divine intelligence as to the location and identity of his at-large sheep. Jesus deputizes us and empowers us through the Holy Spirit with prophetic revelation and courage to join him in his lost-sheep finding missions—though risk on our part is always necessary. The Spirit’s equipping includes gifts of prophesy, healing, discernment and more.

Recently a Church of Scotland prison chaplain named Ken invited Gracie and I to offer a day of training to some 20 prison ministry visitors and chaplains in HMP Perth prison. This prison had been founded to incarcerate 4000 French prisoners of war after the Napoleonic wars at the turn of the 19th Century. We knew Ken as he and two other Scottish prison chaplains had taken our recent Glasgow-based Certificate in Transformational Ministry at the Margins (see www.tierranueva-europe.org).

As we were going through security to enter the prison I asked Ken if we could visit with prisoners after the training. He told us that he hadn’t gotten the needed pre-approval. However when his supervisor formally welcomed us he unexpectedly volunteered that we were welcome to meet with prisoners if we wanted to.

After completing our training, Deirdre, a part-time chaplain who actually shepherds real sheep her other half-time, offered to take Gracie and I back to meet with prisoners for just a short ten minutes visit. I was surprised when she led us straight into a cellblock where inmates were circulating, taking showers and engaging in other activities. She quickly gathered eight of so of the men she had a weekly Bible study with in a side room, and introduced us.

Aware of our limited time and this amazing opportunity, I asked God for any impressions he wanted to give us so we could minister to the men in the minutes that remain.

Immediately the word Hepatitis C and knife pain in the lower back came to mind, and I asked the men if any of them had these conditions. A man with a big scar across his neck and right side of his face said he’d been feeling sick from his Hep C and we immediately prayed for him. Two other men and the chaplain herself said they had pain in their lower backs—but none of them had been stabbed. Gracie and I prayed for the men and Deirdre, and the men noticed immediate relief. We prayed for other conditions the Spirit revealed and the men were visibly moved.

Then a strong looking guy who was clearly spending a lot of time in the weight room walked in. I introduced myself, shook his hand and asked him how long he’d been there. He said seven years. He asked what we were doing and I told him we were praying for people. “Can we pray for you for anything?” I asked.

Immediately the word “mechanic” came to mind and I risked asking: “Are you by any chance a mechanic?”

“Yes,” he said, looking shocked, and I told him that I thought God was saying that he is a man who needs and likes to know how things work and that God really respects his integrity. I shared how that same curiosity about how things work applies to how God works too, and that he could ask Jesus questions directly. But just like a car won’t fix itself, but requires that you get out your tools and work on it, you have to get personally involved with Jesus to know whether he’s real. You can’t be a spectator but must crawl under the car, so to speak, experiencing for yourself the reality.”

I was surprised by what had just come out of my mouth—but was delighted to see the man visibly soften and take a seat with the others. Meanwhile Gracie had asked a man who had pain in his heart to put a hand on his heart and she began to pray. He was overcome with emotion and told everyone that something was happening in his heart, and that he felt heat going all through his body. Another even taller, tougher-looking guy came in at the end, and asked for prayer for a fellow prisoner who was too sick and distressed to leave his cell.

Deirdre was was amazed to see the Spirit move in that way, seemingly expanding our ten minutes as the Spirit seized the moment to reach each man in a personal way. This was only possible because Jesus the Good Shepherd knew his own and was mysteriously calling them by name through us. The connection that was made possible through the Spirit’s presence was a rare and precious foretaste of the heavenly banquet feast to come… and I am longing to taste this again and again. 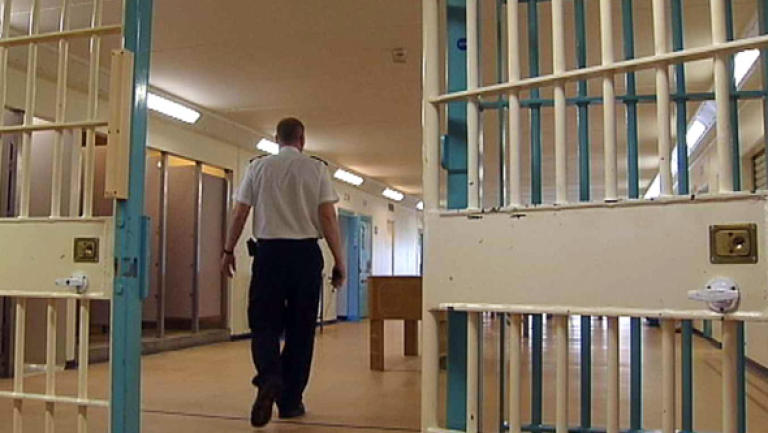