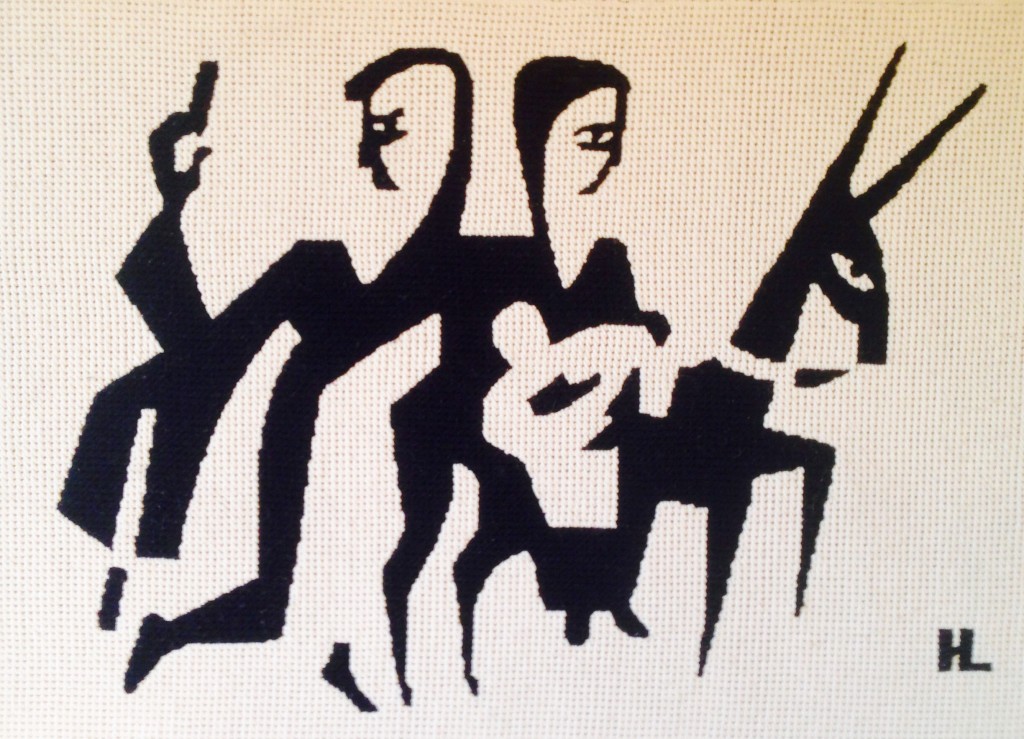 Joseph’s role alongside Mary and Jesus has struck me afresh, inspiring me to follow and promote his way of being present to emerging, often marginalized and ever-threatened agents of God’s Kingdom.

I came upon these thoughts as I met with Julio and Salvio for our weekly pastors training course at Tierra Nueva, and used them as we commissioned Salvio and Chris the following Sunday as Tierra Nueva’s newest pastors. This reflection continues to clarify as I met last Sunday with six Hispanic inmates in Washington State Reformatory who each appear to be stepping into pastoral callings.

Joseph models a sort of spiritual husbandry or midwifery desperately needed today in our world. He is alert to an evolving role that includes adoption, accompaniment, protection, and guidance to assure divine destiny for his charges. He is a shepherd, parent, bodyguard combined.

From a broad sacred history perspective Joseph comes to serve and guard in ways the first Adam failed at, embodying the human father’s role to raise up the new Adam and all future children of the Father (Romans 5:18-19).

The first Adam failed to protect Eve from the serpent’s predatory deceit. He stands beside her passively while the serpent falsely depicts God as ungenerous, untrustworthy, unreasonable, deceptive power monger. The man does nothing to put the creeping thing under his feet. Nor does Adam protect or intervene when his firstborn son Cain becomes enraged at his second born Abel. Adam does not model mastery over the sin that crouches at the door, and Cain succumbs to jealousy and anger and murders his brother with no resistance from Adam.

“Does this still happen today?” I ask the men gathered in a circle in the prison chapel last Sunday.

My friends give concrete examples from their upbringings and lives of crime to illustrate passivity in the face of threats and temptations. One man tells of ignoring a warning from a pastor who prophesied his demise should he continue selling drugs. Now at the end of a seven-year sentence he’s keenly aware that he needs to pay attention continually.

Julio is especially inspired to use his natural on-point alertness to trouble for the good. Julio seems to instinctively know where every cop (even undercover) is within any given neighborhood he enters. He is increasingly alert to predatory spiritual powers and watches over people who attend his nightly Psalms reading group like a Kingdom of God vigilante. We read about Joseph in Matthew 1-2 and find inspiration.

In the new garden in Israel at the eve of the First Century AD the new Eve, Mary, conceives the Savior, the new man, through a divine act when the Holy Spirit comes upon her. Joseph plans to send away his pregnant fiancé away rather than marry her or publically disgrace her. An angel appears to him in a dream, telling him to take Mary as his wife. He doesn’t sleep with Mary until after Jesus’ birth to protect the integrity of the divine Paternity. Joseph offers covering and legitimacy to Mary and adoptive father to Jesus— a necessary protection as threats to his life are immediate.

We read together in these various Bible studies and at the commissioning service Revelation 12, which speaks of this new beginning in cosmic terms.

In heaven a woman clothed with the sun is with child. A dragon stands before her ready to devour her child, “a son, a male child, who is to rule all the nations with a rod of iron.” There’s a war in heaven and “the great dragon was thrown down, the serpent of old who is called the devil and Satan, who deceives the whole world; he was thrown down to the earth, and his angels were thrown down with him” (v. 9).

A loud voice in heaven declares the victory of the child: “Now the salvation, and the power, and the kingdom of our God and the authority of His Christ have come, for the accuser of our brethren has been thrown down, he who accuses them before our God day and night”, who is “enraged with the woman… making war with the rest of her children, who keep the commandments of God and hold to the testimony of Jesus (v. 10-11, 16).

“Do you see signs of this accusing, warring aggression against God’s children today?” I ask the inmates. The question is so obviously answerable that it requires no discussion. Our prisons are filled with the accused. The blood of young men and women are flowing everywhere, most visibly now in news stories about Chicago, California, Yemen, Syria, El Salvador and Honduras.

These accusing, threatening powers of death are embodied in human rulers there in the beginning of Matthew’s Gospel, and we read on about Joseph’s important role as the on-point guardian.

When Herod hears that the King of the Jews is born in Bethlehem he sends troops to kill all the baby boys. Once again an angel appears to Joseph in a dream, warning him, saying: “Get up! Take the Child and His mother and flee to Egypt, and remain there until I tell you; for Herod is going to search for the Child to destroy Him.” Joseph responds immediately, taking the child and his mother while it is still night and leaves for Egypt.

Then after Herod dies Joseph is once again recruited into his adopting and guarding ministry. An angel of the Lord appears to Joseph in a dream telling him to take the child and his mother back to Israel. When Joseph hears that Herod’s son is reigning in place of his father and is afraid to return to Bethlehem, his own keen observations are confirmed by a warning dream, leading him to settle in far away Nazareth instead.

Joseph like his namesake Joseph son of Jacob pays attention to his dreams, ends up in Egypt and eventually acts wisely to counsel Pharaoh regarding food provisions, offering covering for Jacob and his sons. Joseph, descendent of Adam through Seth according to Luke’s genealogy embodies and models the first human’s original call to serve and watch over any and everyone born of woman as they step into their spiritual adoption as children of the Father of Jesus.

We end our gatherings reading how the woman’s children “overcame him [the dragon] because of the blood of the Lamb and because of the word of their testimony, and they did not love their life even when faced with death (v. 11).

In each of my recent gatherings people have felt convicted by passivity and mobilized towards a new active resistance and protective orientation towards sheltering and nurturing God’s threatened but victorious church. The inmates lament their failure and inability in their incarcerated state to be present to protect their wives and children, and long for a new opportunity. People are inspired to pay closer attention to how the Spirit is alerting and guiding them. I wonder how Joseph’s example might inspire us to encourage our governments to offer refuge and support to the most vulnerable (like Syrian refugees awaiting resettlement).

“Be of sober spirit, be on the alert. Your adversary, the devil, prowls around like a roaring lion, seeking someone to devour. But resist him, firm in your faith, knowing that the same experiences of suffering are being accomplished by your brethren who are in the world. After you have suffered for a little while, the God of all grace, who called you to His eternal glory in Christ, will Himself perfect, confirm, strengthen and establish you. To Him be dominion forever and ever. Amen.